Travelling from old to new:

How the Trinity was transformed

Trinity Church has been reborn after an extensive refurbishment. Discover the origins of the landmark building, and how it come back to life.

The 27 June 1862 edition of Building News estimated the building cost at £4,000. The distinctive Venetian-Gothic church was described by a local newspaper as ‘the most truly beautiful structure in the West of Scotland’.

Built for the Reverend William B Robertson, the Trinity could accommodate up to 750 worshippers.

With all the pews facing his pulpit, the Reverend commanded the attention of everyone as he delivered his lyrical sermons. They earned him the nickname of the ‘Poet Preacher’. 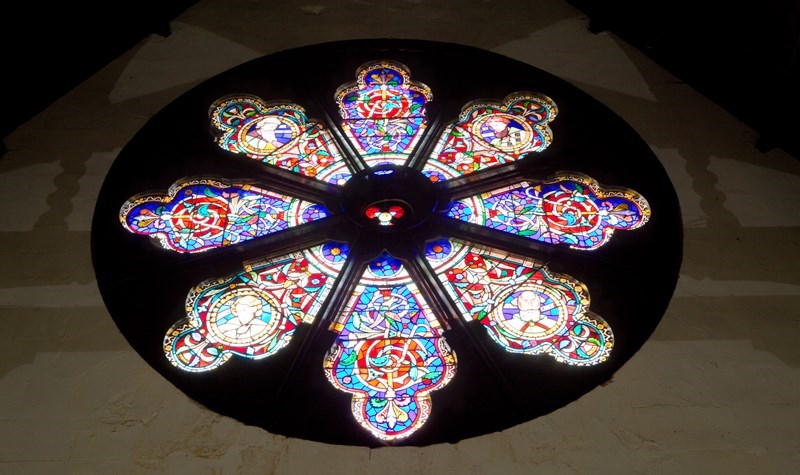 The distinctive rose wheel window was designed by Glasgow artist and designer Daniel Cottier. He is recognised as one of the most influential stained glass artists in Scotland.

His first major piece of public work, the interior of the church featured 4 ornately carved stone columns supporting finely carved capitals. A church hall adjoins, to the back, via a polygonally roofed chapter house.

By the time he moved to London in 1869, Cottier was already part of an influential group of designers, many of them expatriate Scots. They established the Aesthetic Movement in England.

The Trinity functioned as a Free Church of Scotland for the next 100 years or more. It dominated the Irvine skyline in its elevated position, above the River Irvine beside the town bridge.

In 1966, the church closed its doors and fell into a state of disrepair.

After over 50 years of decline, the Irvine Bay Development Company secured the building in 2009.

Irvine Bay faced many challenges in bringing the once majestic building back to its former glory. Especially its winged inhabitants! Hundreds of pigeons had made their home in the Trinity, bringing with them a whole host of problems.

Birds of prey were used to scare the pigeons away.

With the pigeons moved on, the church had to be cleaned from top to bottom, leaving a badly damaged building.

Major work was carried out to restore the Trinity over the following 5 years.

Local school children were consulted on the design of new elements for the Trinity. These include stained glass windows, the weathervane and the pillar carvings.

Whilst the building has its roots firmly in the past, it will have a key role to play for the people of North Ayrshire in years to come. 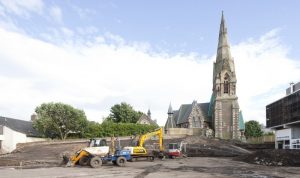 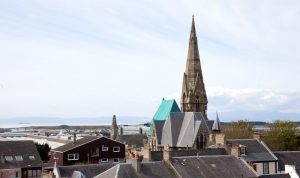 New roof is completed. A comprehensive survey of the church spire is carried out. As a result, North Ayrshire Council provides additional funding for upgrade work to the spire.
2011
2011 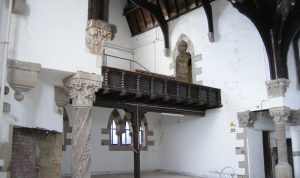 Historic Scotland Conservation Area Regeneration Scheme provides £500,000 funding towards repair of the main church and hall, along with conservation work on the tower and spire.
2012
2012 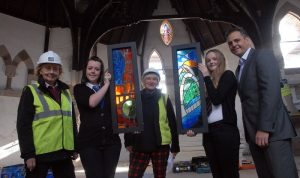 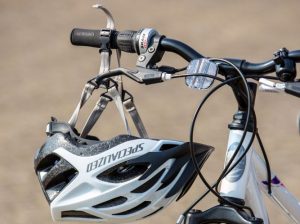 In February, the Irvine Cycle Friendly Town Study recognises the potential for active travel to be a viable option for journeys in Irvine. This leads to the development of North […]
2013 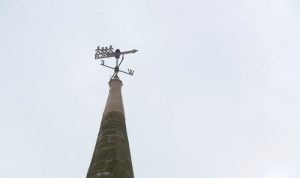 Greenwood Academy pupil Lucy Hulbert’s winning design is chosen as the new weathervane for the church spire. New stained glass windows are reinstated following the removal of the rose window.
2014
2014 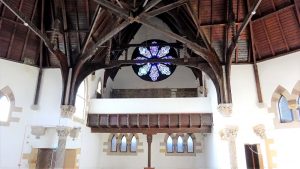 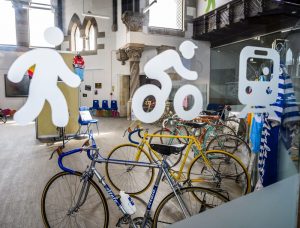 In January, funding is secured from Transport Scotland and the Energy Savings Trust. The funds are used to investigate the potential to develop an active travel hub in Irvine.
2017
2017 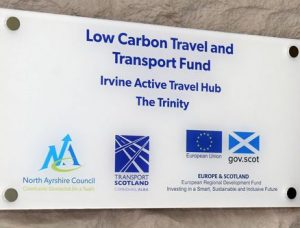 An application is made to the European Regional Development Fund (ERDF) Low Carbon Travel and Transport Challenge Fund which secures funding for the creation of the new hub.
2018
2018 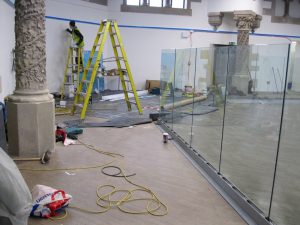 In February, Kate Cuthbert is appointed as the new Active Travel Hub Officer. Designs for the church interior are drawn up. A construction company is appointed and work begins in […]
2019
2019 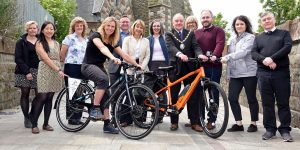 Work on the hub is completed in January. Active Travel Officer, Jessica Gillespie is appointed in March. Launching over the Easter weekend, the Trinity and Closed Cycle Loop are officially […]
2021
2021

The Ardrossan Connections project was launched in January this year and aims to inspire, empower and support the community and local council to enhance the National Cycle Network for walking, […]

Back to the future

In recent years, the Trinity has entered the final stage of transformation.

The A listed building stands strong and has been given new life as the active travel hub. Sitting in the town centre of Irvine, the hub is ideally placed for engagement with people coming to work, shop or play.

The Trinity has emerged from uncertain times to find a new purpose.